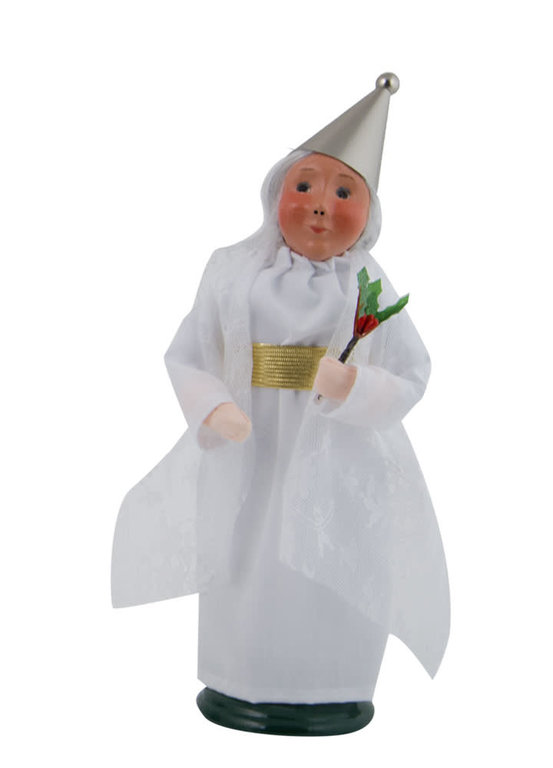 The first of the three Christmas spirits to haunt Scrooge, the ageless, silver-clad Ghost of Christmas Past shares with Scrooge visions of his own past of his days as a schoolboy, an apprentice, and of the woman Scrooge wished to marry. All visions which shown how Scrooge became the man he was and came to despise Christmas and all it meant.
10" Tall. Made by hand in Chalfont, PA.